After the crazy year we had in 2020, with covid and the derecho, we were all looking forward to a normal year starting last January. We’re not entirely sure that happened with 2021 – with more covid outbreaks and the year’s own mini-derecho last week. But one thing is true, Elkhart continued its rapid growth.

For the city, 2021 was mainly a transition year. We spent much of our time mobilizing for big infrastructure projects to come. While last year saw the Main Street reconstruction project, 2021 was primarily spent on background work (planning, design, securing funding) for several major projects that will start in 2022. But that’s not to say that nothing happened in town this year.

We approved an incredible 110 building permits – 51 of those were for single-family new construction and 15 were for commercial new construction. The remaining permits were for fence, deck or trade. We thought last year was a big year for permits. Yet in 2020 we only approved 78 permits (including 20 new single-family construction and two new commercial construction). That is a significant number of new houses in two short years, and we expect that growth to continue well into the future. More on that in a moment.

The 2020 census results were finally released this summer. Elkhart’s population in 2010 was 683 while the new census numbers suggest our population increased to 882. We feel this is a sizeable undercount of our population. Based on the number of new housing units in town, the number of active water meters and an average people per household, we are estimating the actual population is closer to 1,200. This definitely matters since entitlement funds such as Road Use Taxes, Local Option Sales Taxes and other funding sources are distributed to cities based on population. While the official increase to 882 is good, the city is going to ask for a special census in 2023 to more accurately count our population and receive the funding amounts we deserve.

As the city continued to grow this year, so did our responsibilities which necessitated increasing the number of full-time staff. This summer, Ron Cornwell was hired full-time as Public Works Supervisor. Ron joins Rick Huebner (public works), Brenda Hysell (City Clerk) and Chad Sands (City Administrator) as the other full-time employees for the city. Speaking of Brenda, this year she received her Iowa Municipal Finance Officers Association (IMFOA) certification. She has earned the designation of Iowa Certified Municipal Clerk. IMFOA grants this designation only to those clerks who complete demanding education requirements and have a record of significant contributions to their local government and community. Congratulations, Brenda, and thank you for your continued service to Elkhart!

The fire department was active again this year, as well. Looking at past call volumes – in 2014, the department responded to 95 calls. By 2019, that increased to 135. Last year, it increased even more to 166. This year, so far, they have responded to close to 150 calls. Our volunteer department members are putting in a lot of time to help keep you and your family safe. They have twice a month training and have been forging strong relationships with neighboring departments. All that work didn’t stop them from taking a little time to hold their annual Hog Roast and a number of pancake breakfasts throughout the year. The Department was even kind enough to give the Easter Bunny and Santa Clause a ride through town! Thanks to Scott Drey, our Fire Chief, and all the volunteer department members for stepping up to meet the growing demand.

One small project we did start this year is our new Welcome Sign. The sign will be located on the west side of Elkhart at the northeast corner of Walnut and NE 38th. The foundation for the sign has been poured and now, as cold weather has settled in, we’ll have to wait for warm weather in the spring to finish the stone work and complete the sign. It will be reminiscent of the new sign in Prairie Pointe Park. The sign was paid for, in large part, by a generous donation from the Elkhart Community Betterment Committee and will be a fitting welcome to our growing town.

Other small projects completed this year included two and a half blocks of asphalt resurfacing on Maple Street, a repair to an influent structure at the new lagoon, ditch work along Elm and Grant, a new website and fire hydrant repair and painting throughout the community.

Next year promises to be a big one for Elkhart. New residential growth will certainly continue. We will see the final plat of Elk Run Phase 1 reach build-out along Adams Avenue. There are already several new families moving into homes along Adams Avenue and the remaining lots will be full by the end of next year. We will also see the beginning of Phase 2, called Kimberley Woods. That development north of Prairie Pointe Park will ultimately bring over 300 new families to our community when it reaches build-out in a few years. Plus, the first phase of Kimberley Woods will include a large child-care provider which is slated to start construction in the spring. It is anticipated this daycare will serve over 100 children with before- and after-school programs, as well. That should spur even more residential development.

But 2022 will bring so much more. As mentioned at the outset, we are scheduled for several major projects to start in 2022. We’ve been actively planning for the water treatment plant expansion and storm water projects throughout this year. Both projects are expected to go out for bid in February of 2022 with construction starting soon thereafter.

The water treatment plant project will increase our water capacity significantly, along with providing high quality water by adding new filters, in-line aerators and a new ammonia removal process. Water is critical to the growth of a community and Elkhart is committed to providing a sustainable, high quality water service to its residents. The start of this project was delayed slightly as our engineer was determining the best route to address the ammonia issue. A pilot project was run this summer with great results showing a significant reduction in the amount of ammonia in our water. Construction should now start in the spring of 2022 with a winter ‘22/’23 end date.

The storm water project will be a 4-year phased project beginning on the east (lowest) side of Elkhart and working west. It will start with the dredging of the old sewer lagoons and, eventually, most of the city’s storm water will flow into those ponds. We’ve already received a REAP grant and a Water Quality Initiative grant to help lower the cost of this important project. After Phase 1 is complete, we will be actively planning and designing the next two phases which will reach the west side of town in the coming years. The first phase of this project was also delayed slightly as we went after the Water Quality Initiative grant at the start of the year. As mentioned above, the design is being finished and we should go out for bid in February with construction to follow.

After the ponds become the city’s stormwater detention basins, they will also become the centerpiece of the greatly expanded Prairie Pointe Park. The ponds will be stocked with fish and become an urban fishing destination complete with an ADA accessible fishing pier. The overall park will feature public restrooms, walking trails, water features, a new toddler playground and even an amphitheater! The Parks and Recreation Committee is actively applying for grant funding for these great amenities. This project is expected to begin in the spring of 2022 with grading and trail work and take about two years to fully complete. All told, the city has received over $268,000 in grants and local donations to assist in the funding of the park and storm water projects.

We will also see the construction of the new maintenance shop starting in the spring of 2022. Currently, Ron and Rick work out of a two-stall garage. Much of our equipment has to be kept outside due to the lack of space. The new shop will provide four additional stalls to house equipment, a workshop area along with plenty of storage. Bids were opened in November of this year and the project was awarded to Eick and Day Construction.

We hope you enjoyed reading this Year in Review as much as we enjoyed making it happen. It highlights how busy the city has been in 2021, what we’ve accomplished and what we have in store for 2022. Have a great new year, everyone!

Elkhart, Iowa is a growing city located between the Ames and Des Moines metropolitan areas. 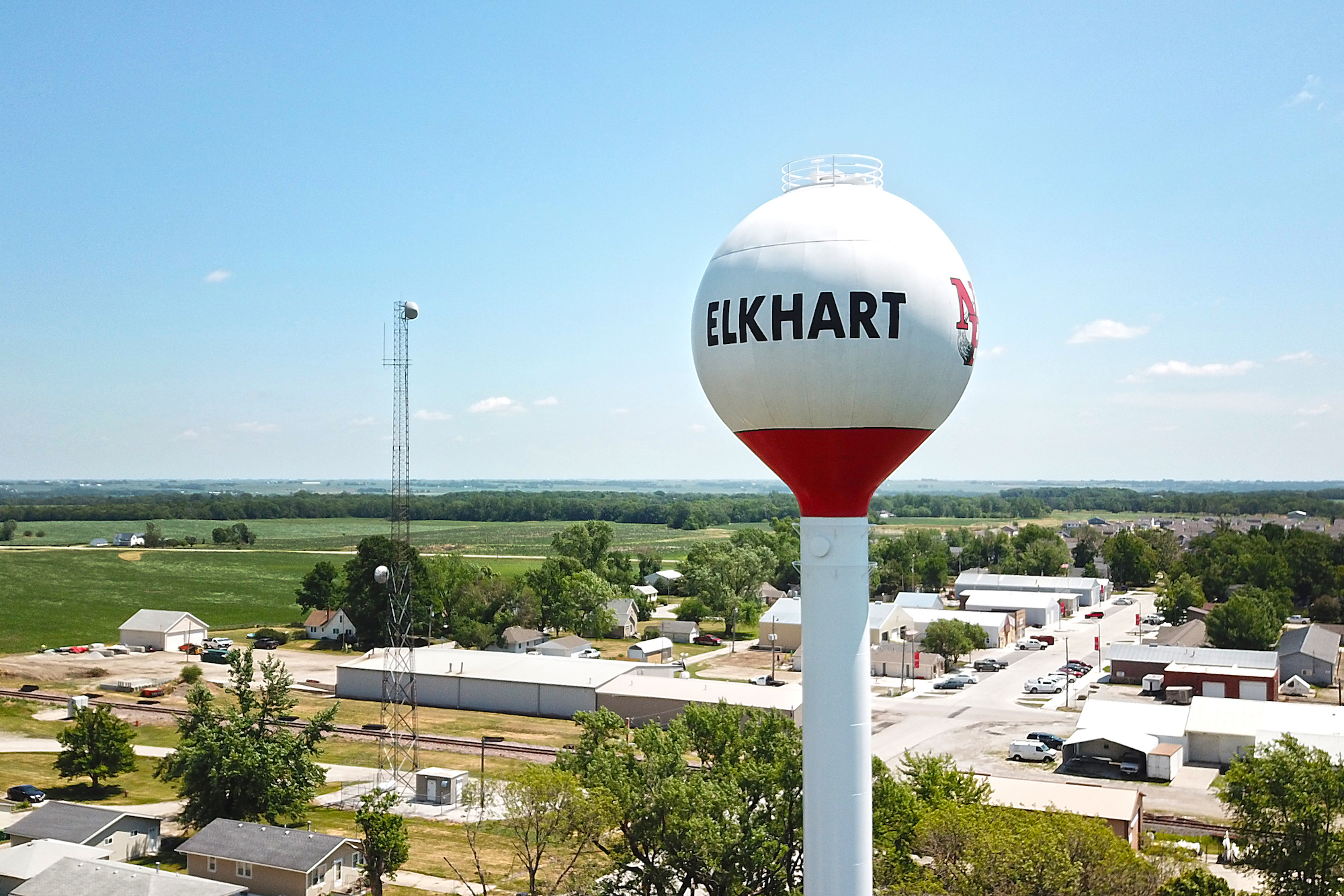 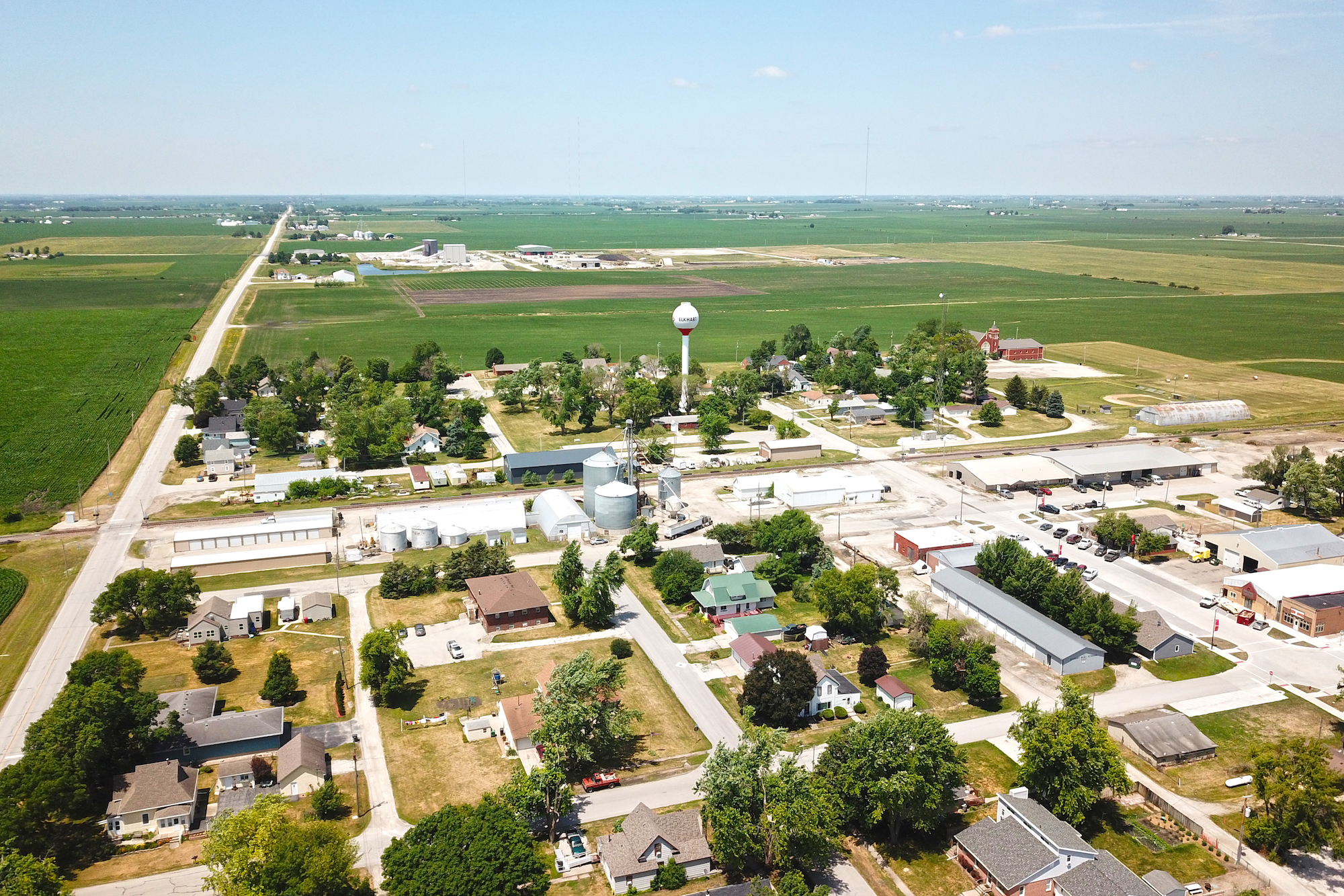 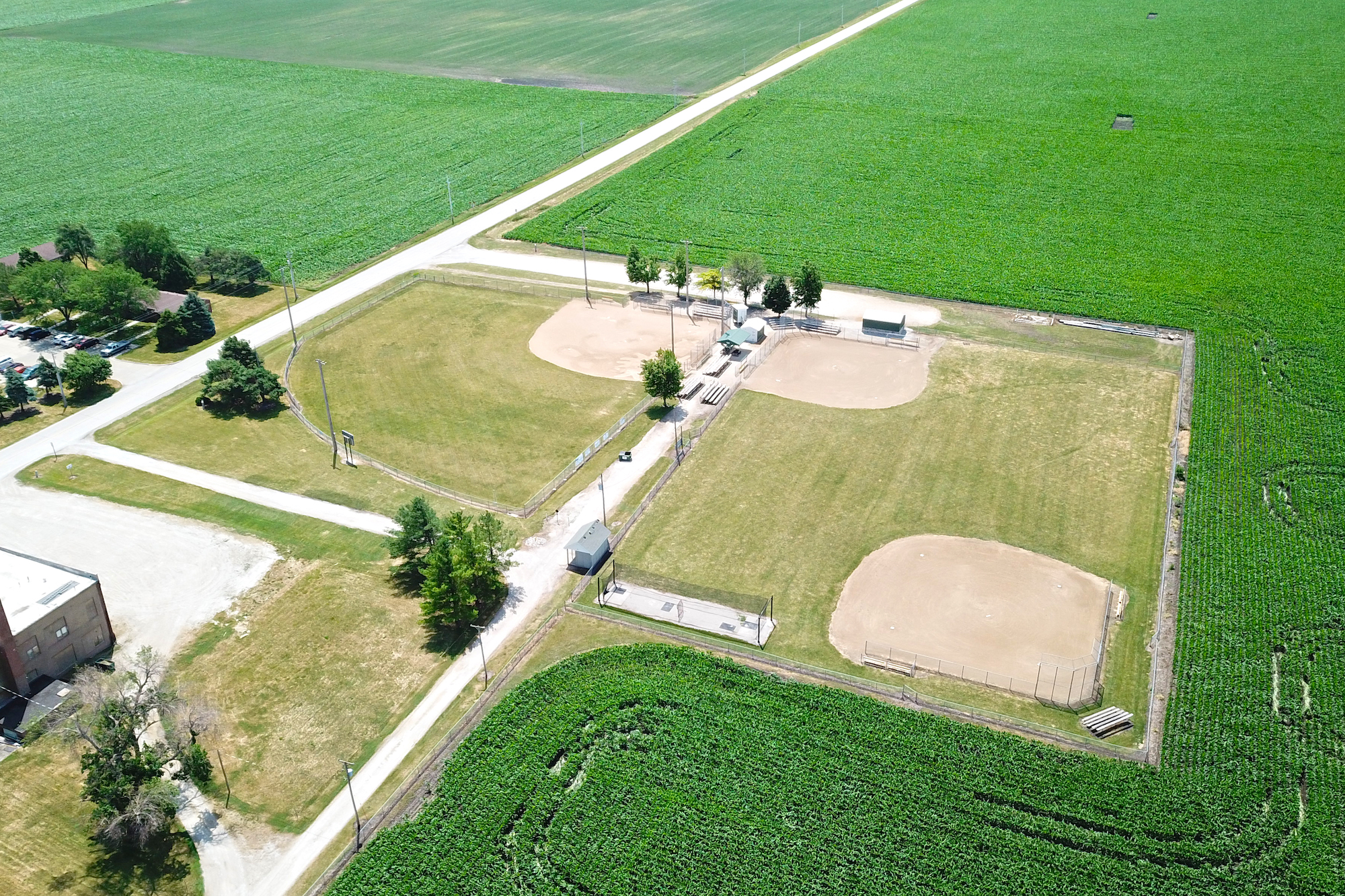 Stay informed on our growing city

Get all updates on the City of Elkhart in your email inbox.

You're now subscribed to receive updates.
Oops! Something went wrong while submitting the form.